The 10 Most Popular Animals on the Internet

In recent years, it has been animals that have become the stars of social media. Many of them will have more followers and likes than you! These animals post funny photos and videos, are the subject of memes, have appeared on TV and have met many celebrities. They brighten our day when we see their posts on social media and it’s no wonder they have become so popular. Here are the current top 10 most followed animals on social media.

Boo is a super cute Pomeranian who became an internet sensation in 2011 for his teddy bear looks and fluffy haircut. He is well-known by celebrities, with Khloe Kardashian naming him the ‘worlds cutest dog’ and Kesha tweeting that he was her new boyfriend.

Boo is popular all over social media, having a huge 17.2 million Facebook likes! Here fans can browse cute photos and posts all written from Boo’s point of view. He has four photo books and a range of merchandise including Boo teddies and cushions. 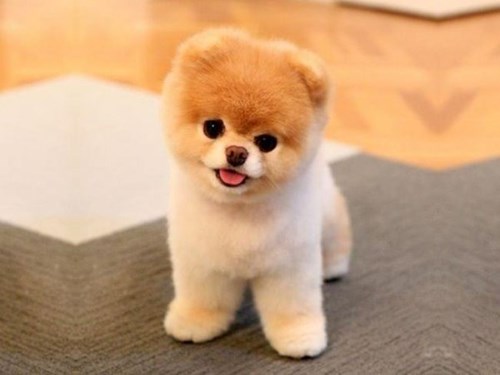 You will have probably seen Grumpy Cat in memes across the internet. Her amusing grumpy face has made her famous and makes a great feature for many a funny meme.

Grumpy Cat originally went viral after her photo was posted on Reddit, which led to users creating spoofs with the image. This has then led to the memes we see today. Grumpy Cat has a large social media following with 8.7 million Facebook likes and 2.1 million followers on Instagram.

She is quite the celebrity having appeared on Good Morning America, CBS Evening News, and American Idol. 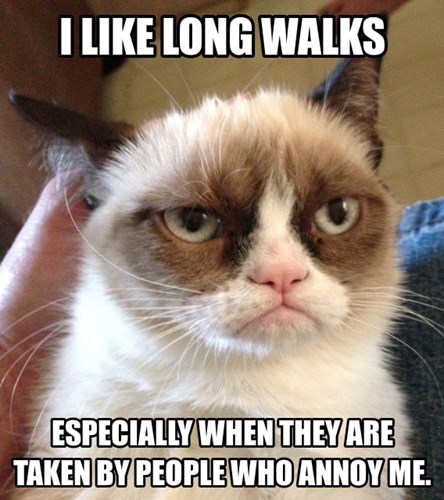 Doug the Pug is such a character! He has become an internet star through his photos and videos where he dresses up as different characters from films, TV, and music. The videos are extremely cute and can’t help but make you smile. It’s no wonder he is so popular with a whopping 5.6 million Facebook likes and 2.1 million Instagram followers.

Doug has featured in many magazines including Mashable, Cosmopolitan, The Huffington Post and Buzzfeed. He has released a book called ‘Doug the Pug: The King of Pop Culture’ and recently starred in an alternative video for Fall Out Boys song ‘Irresistible’. Not bad for a little pug!

Jiff is another incredibly cute Pomeranian whose adorable photos and videos have a huge following on social media, with 1.4 million Facebook likes and 4.4 million Instagram followers. This is one popular Pom!

Jiff has his own website, merchandise and is signed up to a talent agency to be hired for modelling and acting. His most famous role to date is featuring in Katy Perry’s 'Dark Horse' music video. He has also appeared on The Today Show and Good Morning America. Go Jiff! 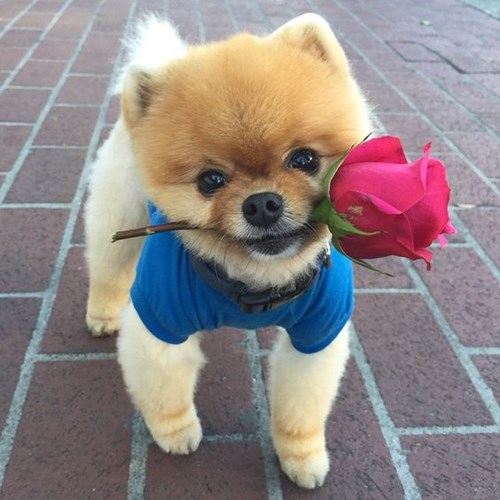 Nala was abandoned by her owners when she was just four months old. Luckily, she was adopted by Varisiri Mathachittiphan, who set up social media accounts to record her adventures. People all over the world love her photos, whether squeezing into a box or hiding under the duvet she is always up to something.

She has 2.4 million Facebook likes and 3.3 million Instagram followers, making her the most popular cat on Instagram! She now has a merchandise range including t-shirts, tote bags and mugs. 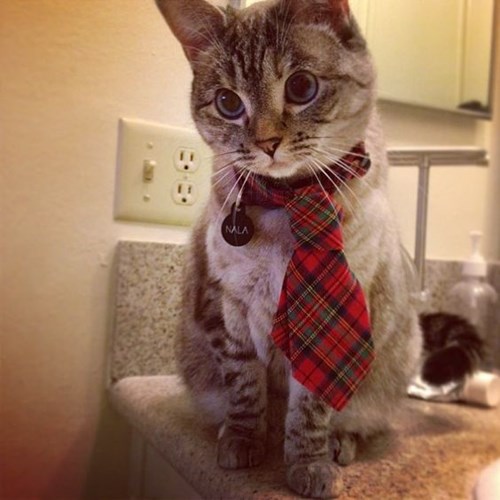 Lil Bub became a pet celeb due to her charming facial expressions where her tongue is constantly poking out. Bub has dwarfism meaning she will always stay the size of a kitten. She is loved on social media with 2.9 million Facebook likes and 1.5 million Instagram followers.

She is great on camera and has her own YouTube series called ‘Lil BUBS Big SHOW’ in which Whoopi Goldberg starred in the first episode! She also featured in a documentary called ‘Lil Bub and Friendz’ which was shown at the Tribeca Film Festival and won ‘Best Online Feature Film’.

This adorable French Bulldog became an internet star in 2014 when his owner created social media profiles for him. The profiles feature photos and videos of Manny getting up to all sorts of antics and his fans all adore him. He has 1.7 million Facebook likes and 1 million followers on Instagram.

Manny uses his new-found fame to raise money for great causes including the ASPCA and Chicago French Bulldog Rescue. He holds fundraisers and has been on tour to raise money for several charities. What a generous little Frenchie! 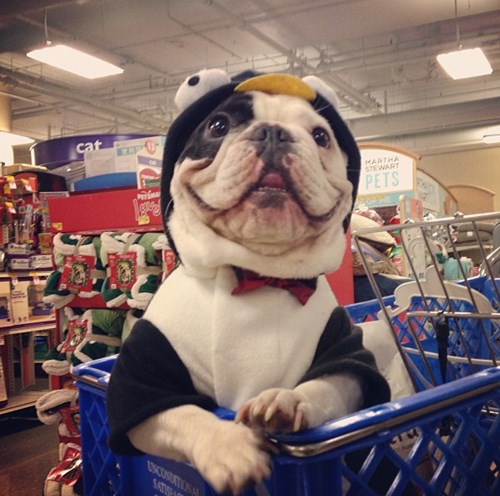 Marnie was adopted from a shelter when she was 10 years old after being found on the streets by animal control. Marnie’s photos and videos on social media gained attention due to her cute facial poses – she has a very long tongue that always sticks out and a head tilt!

She now has 442k Facebook likes and 2.1 million Instagram followers. Marnie has met many celebrities, featured in magazines such as the Daily Mail, NY Post and Buzzfeed, and has a merchandise range. 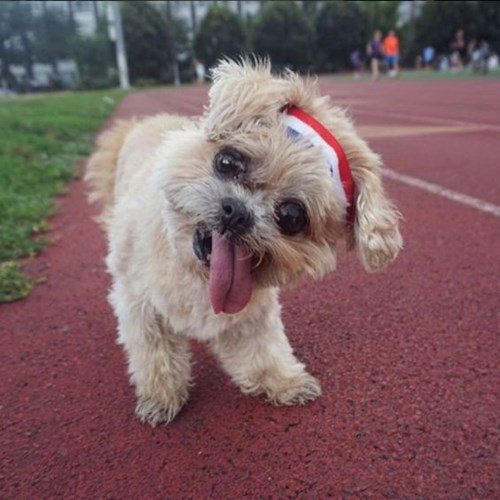 Tuna is a rescue dog who was adopted by Courtney Dasher. He has an overbite meaning his top teeth protrude over his bottom lip. Dasher created an Instagram account for him when he was a pup to record the growth of his teeth. His unusual appearance gained him attention initially but over time people started to love Tuna and his interesting photos. He is often seen dressed up in costumes and making funny remarks.

Tuna has gained 1.8 million followers on Instagram, raises money for animal charities and has released a photo book. 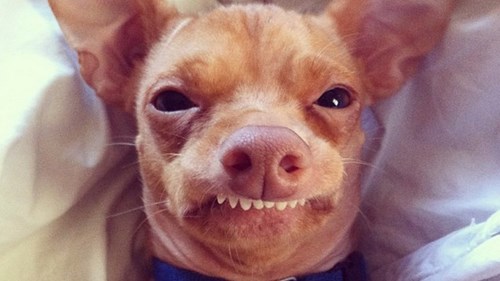 Hamilton became famous on the internet due to his striking white moustache on his dark grey fur. He posts regular funny photos, remarks and videos on social media and has gained 706k Instagram followers. 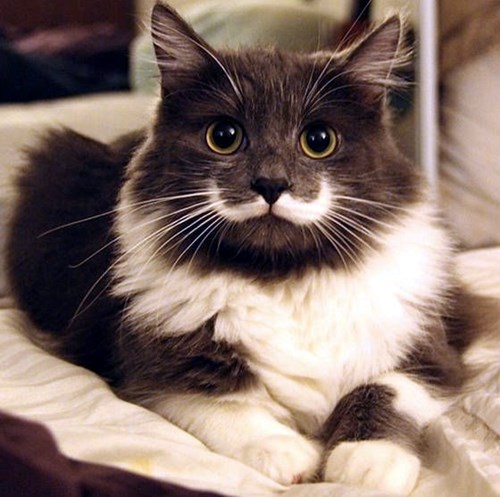 So, who is your favourite animal superstar? We love them all!